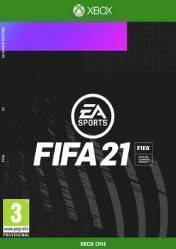 On the street and in the stadium, FIFA 21 has more ways to play than ever before. FIFA 21 XBOX ONE rewards you for your creativity and control all over the pitch. Create more scoring opportunities with all-new dynamic attacking systems in the most intelligent FIFA gameplay to date.

A new Agile Dribbling system gives you the means to unleash your creativity in 1-on-1 situations. Use fast footwork, more responsive close control, and new skill moves like the ball roll fake to explode past defenders. In FIFA 21, increased positional awareness elevates footballers’ in-game intelligence to put them in the right place at the right time.

See world-class forwards hold their runs in line with the last defender, creative playmakers find space to play through balls, and midfielders shut off passing lanes as players better live up to their real-world understanding of space and time on the pitch. 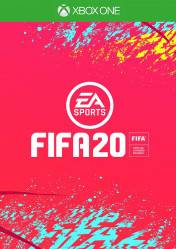 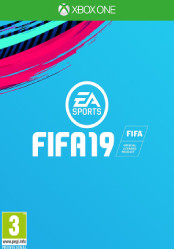 Chances are that you’ll already know what you’re getting into with FIFA 21; while it may be broadly similar to last years effort in its game feel, with a few good tweaks and subtle changes, that’s kind of to be expected with an annualised sports franchise. The improvements that have been made across some of the modes are welcome, and offer up new ways to enjoy the series. It’s also rather lovely to look at, and should be a fine showcase for the upcoming Series X|S come launch day!

FIFA 21 says goodbye to Xbox One with the best game (in playable terms) of the saga. The amount of game modes overwhelms and it will reach different types of public.

FIFA 21 keeps evolving the franchise's formula, with meaningful improvements in the Career mode and in FUT and VOLTA modes multiplayer, and refined gameplay. It needs a presentation and technical refresh, though, which we hope will come with the next-gen edition of the game.

FIFA 21 is very much an incremental upgrade to last year's outing, but what has changed here makes for a much faster, more fluid and fun game of footie than we've seen from the series since perhaps as far back as 2017. New tweaks to off-the-balls runs and passing are welcome, headers are viable options once again and keepers have been nerfed to the point that all-manner of long-range efforts, vicious volleys and fancy finished shots are back in vogue. Volta still feels like a bit of an afterthought - with its new Debut story mode as cheesy as you might have been expecting - but a slick new simulation option in Career mode, alongside that smart player customisation system and customisable stadiums and co-op Rivals and Squad Battles in Ultimate Team, mean there's just about enough here for diehard fans to justify splashing out once again. This is, for all its faults and foibles, a comprehensive and undeniably fun swansong for EA's behemoth on this current generation of consoles.

FIFA 21 is a conformist game and is something obvious and has to be punished, because it's not the first year that this happened. It's understandable because the next gen is just around the corner, but even the slight changes made don't make this game any better than FIFA 20. FIFA 21 is more arcadey than before and doesn't have enough to be such a great success.

FIFA 21 hasn't re-written the wheel but it is fun, fast attacking football and hopefully EA have big plans to shake up the franchise next year for its true next-gen console experience.

FIFA 21 smells like laziness, dollar signs and stinky, old footballsocks. This is the worst edition ever and one of the biggest disappointments of the year. I really hope EA redeem themselves on the next generation of consoles because the way things stand now, FIFA is one big red flag for me.