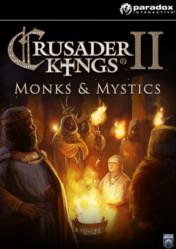 For centuries, the abbeys of Europe have had a sacred mission – to keep the flame of holy knowledge burning through an era of strife and to keep the secular powers on a righteous path. To the east, a mysterious new sect seeks out those who stray from the Prophet’s path, using not-so-gentle means to remind the impious of the power of God. And, in the shadows, alchemists and religious usurpers challenge the current order.

Rumors of dark sacrifices are whispered in taverns throughout the known world. In Monks and Mystics, your characters can follow new paths in their search for religious enlightenment and holy blessing, joining sacred societies or secret brotherhoods that open new opportunities for role-playing and story-telling in one of the most popular historical strategy games ever made. 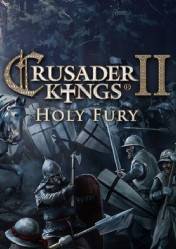 Monks and Mystics serves the 'average' Crusader Kings player well, intersecting with all styles of play and interests in a way more similar to Way of Life than, say, Rajas of India. Adding depth to characters throughout the world is always welcome, and while the concrete plotlines themselves might be a little thin, the new dimensions and allegiances that can affect the unscripted procedural stories are always welcome. Great job as usual, Paradox.

Monks and Mystics brings exciting new ways of worship to Crusader Kings II. Through holy and unholy orders can we take part in the more intricate parts of medieval religion, but although the secret societies might bring excitement to old-timers and newcomers alike, there's just not enough here, making the expansion less worthwhile compared to its predecessors.

The occasional strange conflict and the missing alchemy feature aside, Monks & Mystics is undoubtedly one of Crusader Kings 2’s strongest pieces of DLC. It leans heavily towards the game’s roleplaying aspect, its best feature, and produces some of the game’s most bizarre stories. Essentially, you’re playing two characters. You have your public face and your secret one, so there are very few moments where you’re waiting around for something to happen. Indeed, you can almost ignore the traditional intrigue and realm management, if you want, in favour of playing a member of one of these secret sects or hunting them down to save your kingdom. 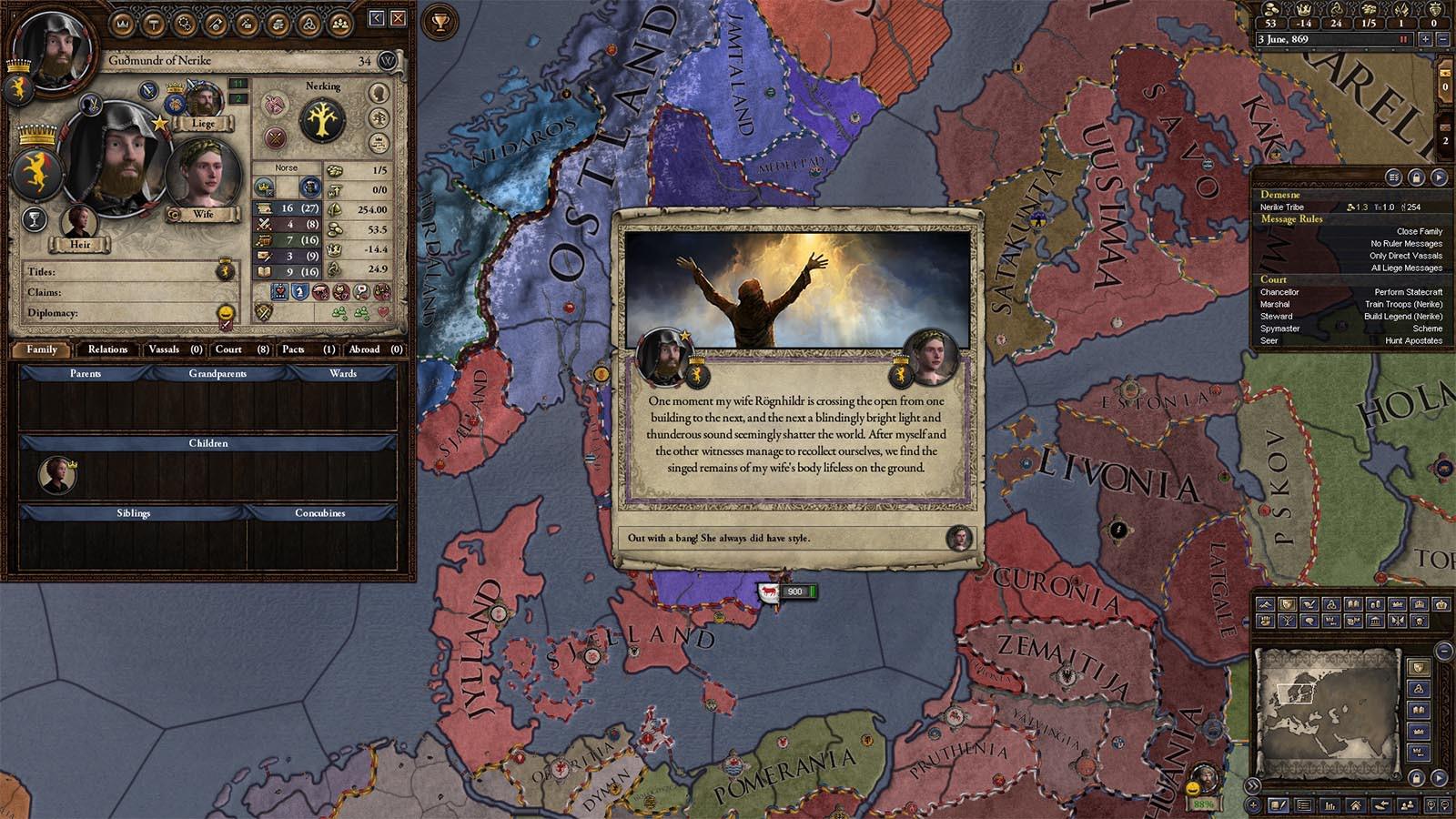 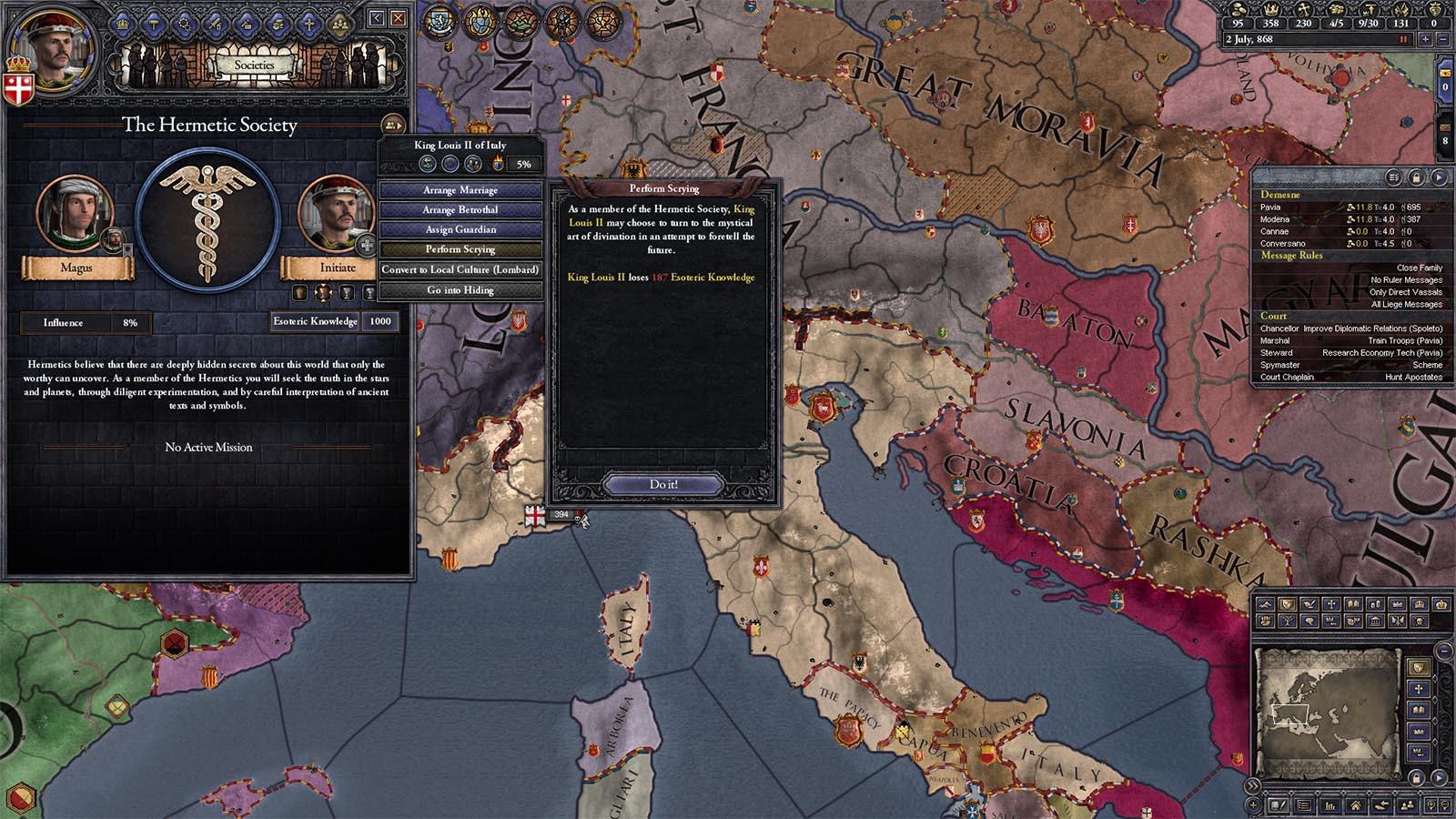 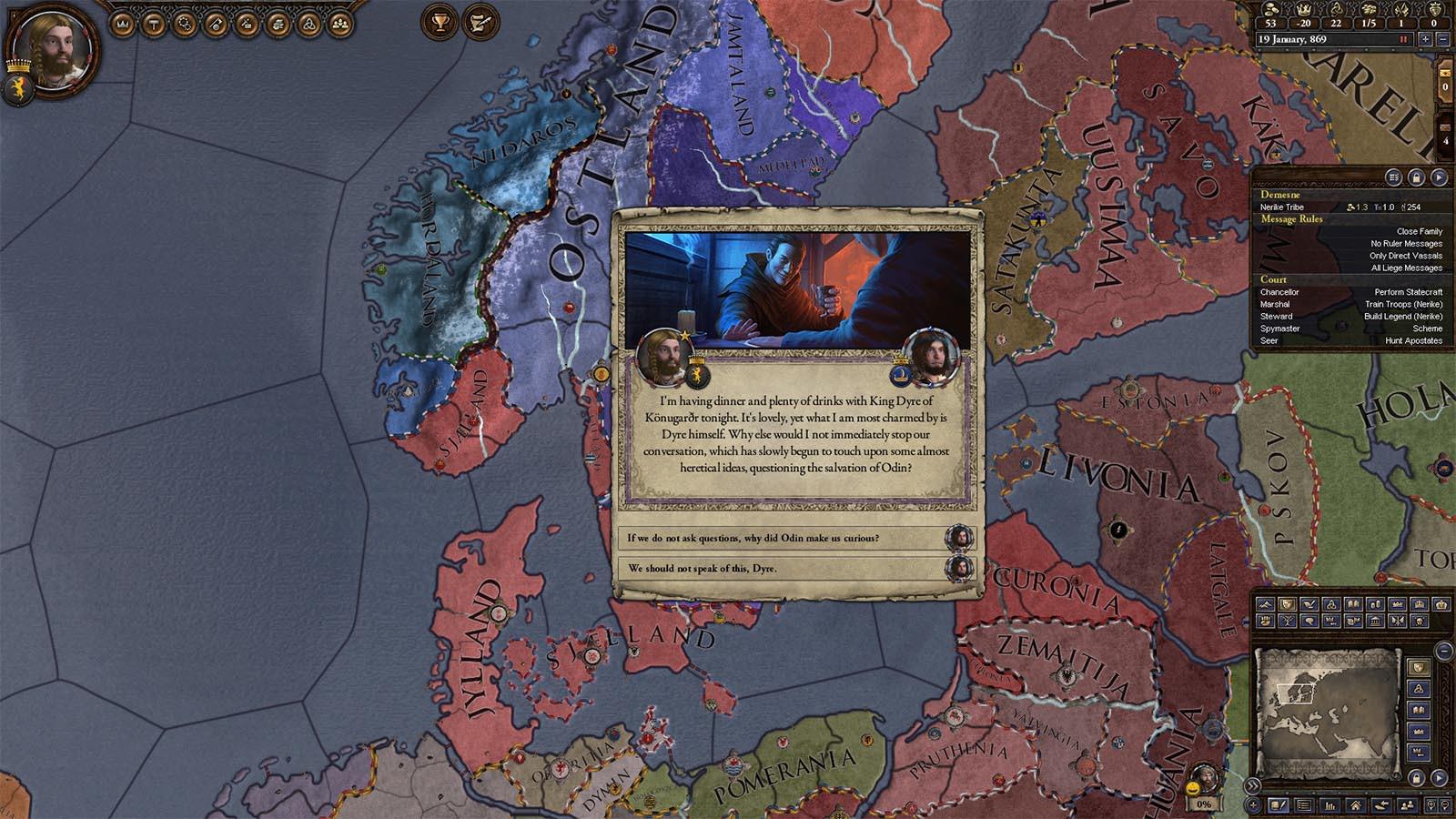 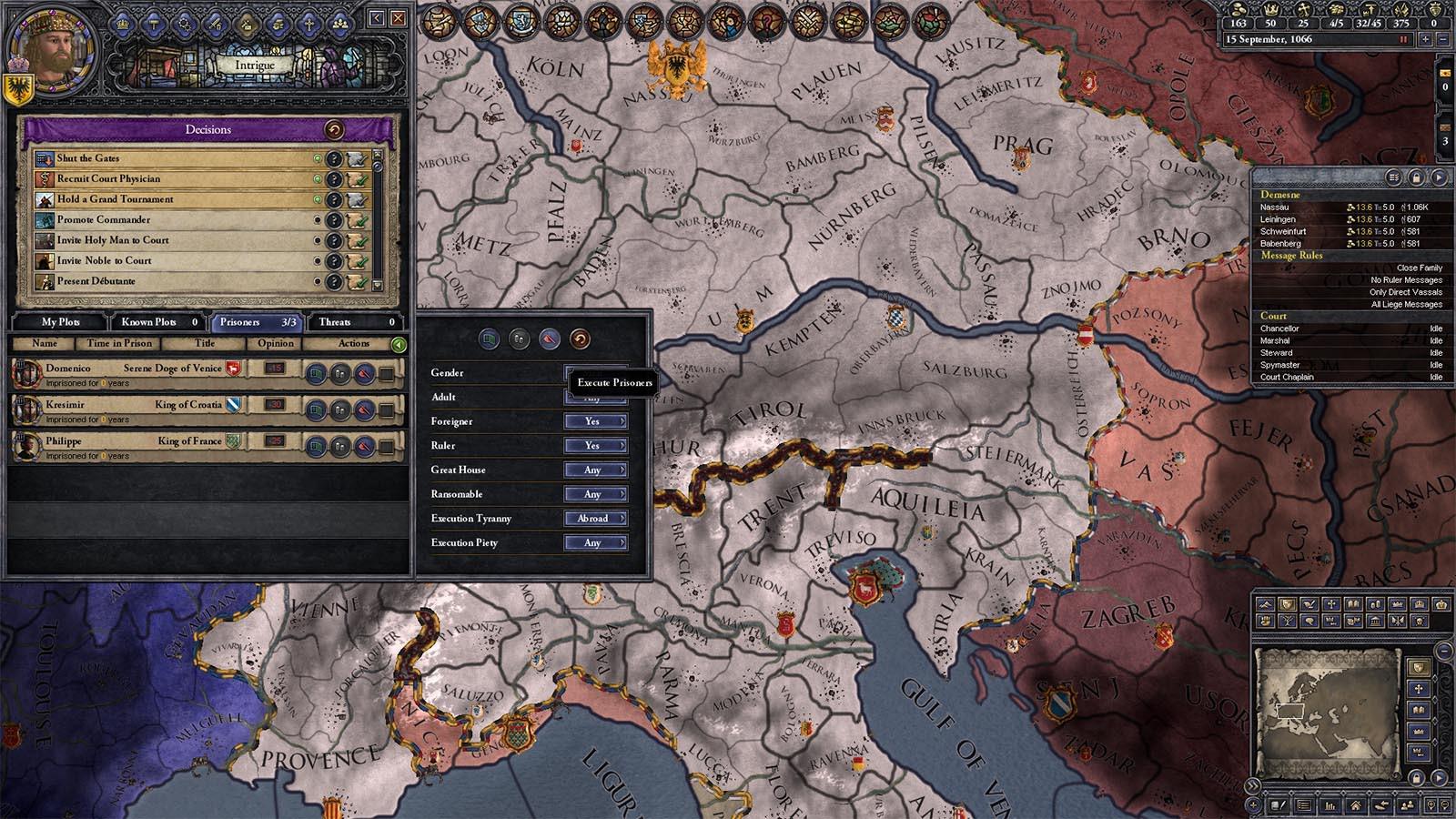