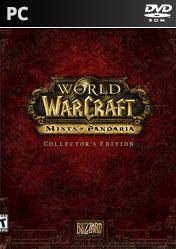 The war between the Alliance and the Horde is about to explode, but in the conflict appears a strange island hidden for millennia, and populated by a strange warrior race : the Pandaren. In this new expansion, a whole new continent reveals itself for players to explore and introduces the Pandaren as a playable race. For millennia, this tough breed of warrior monks have remained hidden , but after the events of the Great Cataclysm, Pandaria wandering heroes take a step forward to swear allegiance to the Alliance or the Horde.

Besides the new monk class are incorporated. In addition to the new continent , also comes with "challenge" dungeon mode, the grieving pet , the maximum level is 90 , new talent system and a lot of equipment for our heroes. This edition also includes DVD and Blu- Ray " Between racks " : Discover the secrets of the creation of Pandaria with these two discs over an hour with commentary and interviews with developers.

The soundtrack of Mists of Pandaria. The book "The Art of Mists of Pandaria ," the custom beer Thunder Chen , a mount for World of Warcraft with which we can take to the skies of Azeroth astride the imperial mystique flying mount. It also includes a Quilen pet, portraits for Battle.

net StarCraft II and Diablo III banner which will demonstrate that you are a true hero of Pandaria. 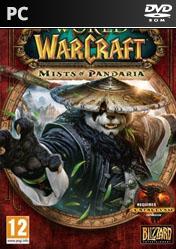 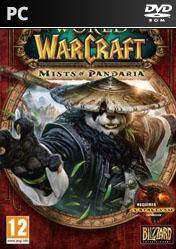 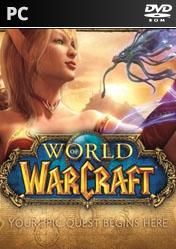 Mists of Pandaria looks and sounds simply beautiful. And it knows it, providing ample opportunity to ride massive kites or giant jade dragons and ogle sculpted monuments and tiered pagodas all while listening to an epic orchestral soundtrack or a nearly flawless monologue delivered by talented voice actors.

I must admit that Blizzard learns from its mistakes – Mists of Pandaria is much better than Cataclysm. For the first time in ages I'm having fun playing WoW. [12/2012, p.70]

World of Warcraft stages a great comeback. Beautiful settings and an atmospheric story arc generate a well done Mists of Pandaria, while casuals celebrate the new and core gamers mourn the past.

For me, Mists is an excellent World of Warcraft expansion. However, in terms of MMOs in general it does not bring the thunder that a WoW expansion used too. If you are a veteran WoW player than Mists has a lot to offer in terms of game play and especially content. If you are a hardened MMO vet looking for something new this is not the game for you any more.

I haven't enjoyed the game this much in years. They have managed to do what 12 months ago I wouldn't have thought was possible, they've put the fun back into World of Warcraft.

For all its stumbles - and there are an awkward handful - Mists of Pandaria nevertheless represents a WOW participating in the massively multiplayer genre rather than revelling in the cult of its own personality.

Four expansions in, it finally feels like World of Warcraft is slowing down. Unless you're currently sitting at 85, even pandas aren't going to bring you back into this one.